A £50 note is not something one simply carries around with them and spends at the local shop. There are a lot of counterfeit notes in circulation so £20, £10 and £5 notes are the norm. Do not be concerned if the cashier puts a special pen across your £50 note or asks for a manager to check it for them. Even £20 notes may have the magic pen put over them.

A £50 note is not something one simply carries around with them and spends at the local shop. There are a lot of counterfeit notes in circulation so £20, £10 and £5 notes are the norm. Do not be concerned if the cashier puts a special pen across your £50 note or asks for a manager to check it for them. Even £20 notes may have the magic pen put over them.

When we had to pay nearly £6,000 for advance rent and bond, we needed to pay by cash. We didn’t have a bank account so we couldn’t just get money out of a bank.

Withdrawing this amount and then carrying it around was nerve-racking, to say the least.

I must say since we moved to Glasgow we have never come close to being mugged or harassed by anybody you would take seriously. Street beggars are usually seated with their belongings with a disposable coffee cup and are happy with coins.

So, once we had accumulated our £6,000 we had a grand idea (or so we thought) of going to a bank and changing the £20 notes to £100’s and £50’s. You know? Like you do in Australia. We did this after each garage sale, when we were reducing our possessions and raising money for our trip across the world.

But, due to the anti-money laundering, counter-terrorism financing laws, UK banks can only change currency into high denomination notes if a person has a UK bank account. And even then, the person first has to deposit the money and then withdraw it again, to get different denominations. So that was a bust.

They did fell a little sorry for us so they gave us the maximum of a £100 note each. They even went so far as to say that we could try the same thing at other banks, capitalising on our Australian accents and apparent ignorance. However, we didn’t think we needed to raise the suspicions of the local police, looking at a couple (one a male with long red hair) going from bank to bank to exchange notes for higher denominations. So we didn’t pursue that idea and accepted that we at least got to exchange 10 of those £20 purple babies for 2 x £100 red babies.

We ended up having to carry nearly $10,000 AUD in cash around with us for a few days until we attended the real estate agent’s office to sign the lease. That is, we had to carry 298 x £20 notes and 2 x £100 notes. That is thick! Enough to choke a donkey. We’ve never enjoyed paying a deposit as much as that day. If we had been mugged, we wouldn’t have had the money to stay in the UK.

On Another Note (Pun Intended) 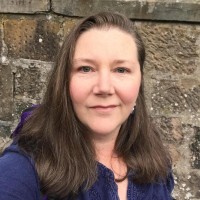 Move to the UK from Australia: 4 Simple Steps
Next Post: How much money you need in the first 3 months in the UK