Moving countries as a teen: From Australia to Scotland

Moving countries is a big deal for anyone, however, the experience changes from person to person and for me, I think I handled the mix of emotions pretty well.

Moving countries is a big deal for anyone, however, the experience changes from person to person and for me, I think I handled the mix of emotions pretty well.

First up was getting ready to move. That meant packing up the house and selling things. The process of unearthing artefacts from the crevices of your room. Getting rid of clothing was the easy part. The hardest part was the loss of the internet. Now before you allow the stereotype of a child without internet to kick in, please just take a moment to imagine me crying (loudly) on the inside. Try if you will, to feel the actual pain of not being able to see the comments on my Instagram posts. I kid you not. This inflicted invisible scars I am yet to heal from. Or maybe I’m exaggerating a little bit. Or am I?

The pain was mostly related to losing my connection with my friends. Especially in the beginning, when I couldn’t tell anybody. At least not until the visa was approved and we were definitely moving overseas to another country to live for at least five years.

It was a time of mixed emotions. Saying goodbye was tough. Not just to my friends, but to my family. Saying goodbye to my oldest brother and sister and to my grandparents who would all be staying in Australia was challenging.

I stopped going to school about two weeks before the school term finished so I could help prepare for the move. And that was pretty much the last time I saw any of my friends from school. I still had an internet connection but it was the last time ever and that I saw them.

This made me feel detached from my normal routine and I suddenly found myself in a state of shock. I realised that I didn’t have anyone other than family left at that moment and wouldn’t for a while. I wasn’t sure how I felt about that. My parents always said that all you really have is family and everyone else is a bonus. I did my best to have faith in their words. But secretly, I wasn’t really sure what I felt or believed back then.

The next stage was moving in with family friends. We had sold our cars so being close to the train station was handy. We lived with our friends for about a week and a half. This was great but it was also hard because it would be the last time I would see them for many years also.

Luckily, I think I’m pretty good at not showing my emotions when it counts, so that’s basically what I did. I simply shut off my sadness and just had a good time. I enjoyed the board games we played, the meals we shared and I savoured all of the special moments.

After those days with our family friends we finally caught the train to Brisbane. That was the hardest moment of the whole experience. Saying goodbye to my grandfather. He spent the morning with us and drove us to the train station. Knowing that in six or more years when I visit Australia again he might not be there. He has been told that he might not survive the year but that was nine or so years ago so I don’t reckon he’ll be darkening that doorstep for a while yet. My fingers are crossed that he’ll still be around to see again in person.

From the time we arrived in our temporary accommodation in Brisbane, the night before we left, it was smooth sailing. Our past was behind us and our future was ahead. We had about three days of journeying and then we would arrive in Glasgow, Scotland.

Once we arrived I was simply amazed by all of the architecture and stonework. It was just beautiful. I can say without a doubt that it is one of the most beautiful cities I have ever seen so far in my life.

We spent about two weeks looking for a place to live. About a week after that I was going to a new school.

Nearly seven months later, I can truly say that I love my new home. It is beautiful and its location is perfect. The community is most accepting. It’s unreal how quickly you can assimilate into a new place. Even one that’s on the other side of the planet. I love it here. 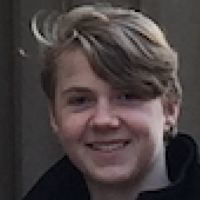