In September, we took a three-day road trip from Glasgow to Medieval York. We visited Vindolanda and Housesteads Roman Fort. Both sites are at the centre of the 74-mile long Hadrian’s Wall in North East England, which is also the short east to west coast distance in England. We stayed two nights at Roker Beach in Sunderland and travelled back via Alnwick Castle, Lindisfarne and Berwick-Upon-Tweed.

We booked our tickets in advance and scheduled a time to visit. We left Glasgow at about 8:30 am and arrived prior to our allotted time of 11:20 am.

Before walking out onto the site, we viewed a model to help imagine what the site looked like during the peak of Roman occupation in around 213 AD.

Archeologist Eric Birley started excavations of the site in the 1930s and his descendants continue to lead excavations each summer under the Vindolanda Charitable Trust.

It’s estimated that only 24% of the site has been excavated, meaning there are about another 150 years of excavating to do.

The site was under Roman occupation from about 85 AD to 370 AD. The settlements started out with wooden huts and forts before being rebuilt in stone. Unfortunately, much of the stone was stolen and repurposed in the local area.

We were fortunate to experience excavations in process, catching the final week of dig work.

The site has extensive stone remains of a civilian village and Roman military encampment. As you walk the main street, along a road made by the Romans (huge buzz), you can explore the remaining foundations and walls of houses, centurion apartments, temples, shops, workshops, a tavern, and a Roman military bathhouse. You can sit on a stone bench outside the Principia (headquarters) and Praetorium (commanding officer’s house), just as they may have done back in AD 85-220.

The on-site museum is down a steep hill behind the site (included in the entrance fee). You can easily spend an hour or more exploring its vast collection of weapons and armour, earthenware, shoes, jewellery, and the Vindolanda tablets.

A selection of the Vindolanda tablets is displayed on-site, with others at the British Museum.

The video below provides spectacular aerial views, a drone tour, and all of the important historical facts, narrated by Dr. Andrew Birley, CEO of the Vindolanda Charitable Trust.

Under management by English Heritage, Housesteads is the most complete example of a British Roman fort, featuring magnificent ruins and stunning views of the countryside surrounding Hadrian’s Wall.

Before you look at my photos below, I highly recommend watching the following Medieval Engineers video – a brilliant recreation 3D walkthrough. Having walked through the ruins myself, I can vouch for the video’s realistic re-imagination of the site when it was a bustling settlement.

When you arrive, you don’t expect the walk that is required to get to the site on a distant hill. Pace yourself as it takes about 10-20 minutes to get to the gates.

Check out the model in the nearby museum (left of the main gate) to get your bearings before walking about.

A popular hiking trail – look at the size of the wall compared to the hiker.

The upright columns were the heart of the hypocaust underfloor heating system.

The best-preserved Roman toilet in the UK.

Housesteads, one of 16 permanent bases along Hadrian’s Wall, was home to 800 soldiers. The fort’s original name was Vercovicium, meaning ‘the place of the effective fighters’. It is the most complete example of a Roman fort in Britain. 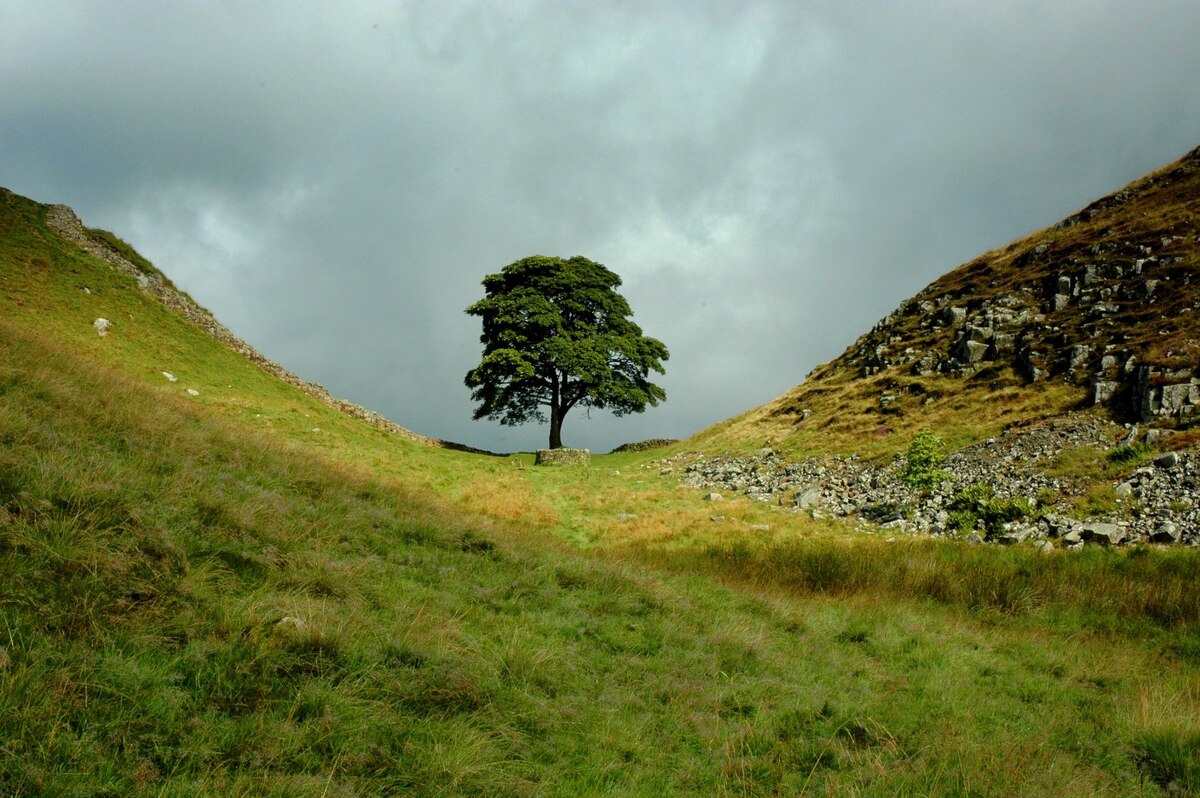